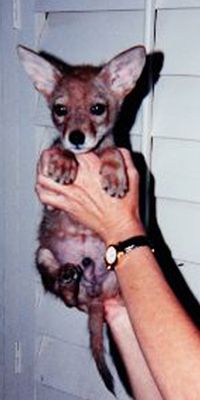 Don coyote as a puppy

IT ALL BEGAN WITH ONE COYOTE 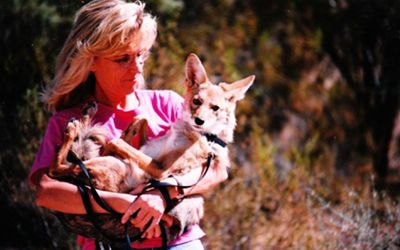 In the early 1990's, the seed was planted for what would become one of the leading wildlife sanctuaries and rehab facilities in the southwestern United States.

Our story begins with Linda Searles - a woman with a passion for all living things and a life-changing encounter with an orphaned coyote pup.

A local farmer accidentally ran over a den of newborn coyote puppies with his tractor, leaving one survivor.  The farmer looked for help for the tiny wild creature but didn’t know where to turn.  Eventually fate and kind people brought Linda together with that orphaned coyote she named "Don".  At that time, there were no local veterinarians who would treat orphaned or injured wild animals. Linda dreamed of a wildlife rehabilitation center specializing in mammals.  And so, that seed of Southwest Wildlife was planted.

Linda’s dream became reality with the purchase of 10 acres northeast of Scottsdale, Arizona, in 1994.  As trees were planted and enclosures built that slice of open desert slowly became a shady oasis for wild animals in need.  Don coyote was joined by countless other injured, orphaned and displaced mammals with no other place to turn.  Most were rehabilitated and released back to the wild; those that could not would remain in our sanctuary to live out their lives in peace.

Don coyote lived more than 18 years at Southwest Wildlife Conservation Center with his soul mate Ashley. He served as an ambassador for wildlife, teaching thousands of visitors about wild animals' importance in our ecosystem and the beauty of our natural environment. 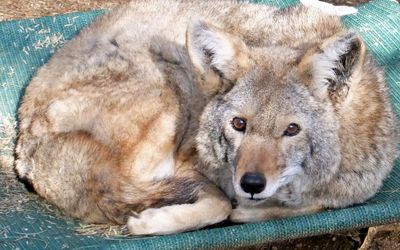 Southwest Wildlife (SWCC) has become one of the leading wildlife sanctuaries and rehab facilities in the southwestern United States, pursuing its mission to care for wild mammals in need and educate the community about wildlife.  SWCC continues to learn and grow, accepting the challenges that pass through our gates every day.