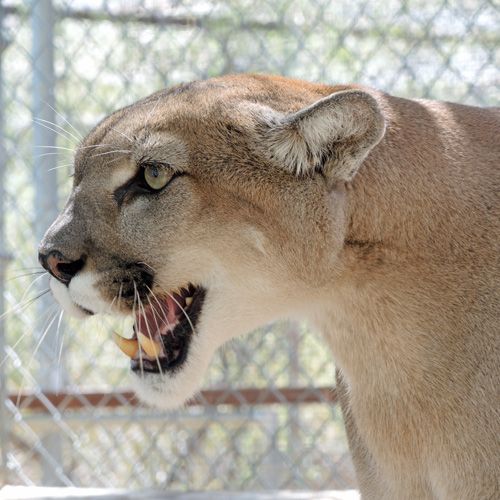 Mountain lion Pecos was born in 2004 and was a young adult cat when he was found beneath a car, emaciated and starving.

Arizona Game and Fish took him in before bringing him to Southwest Wildlife for care.

Pecos preferred his privacy in the past but is now spending time up near the front where he can watch the happenings at the sanctuary throughout the day.  We’re pleased that he’s having new experiences!  It’s never too late to learn something new, even if you’re a mountain lion!

We're Still Open! But our COVID-19 policies have changed. In light of the most recent CDC guidelines, masks are no longer required outdoors at SWCC for fully vaccinated guests. We will not be asking for proof of vaccination.