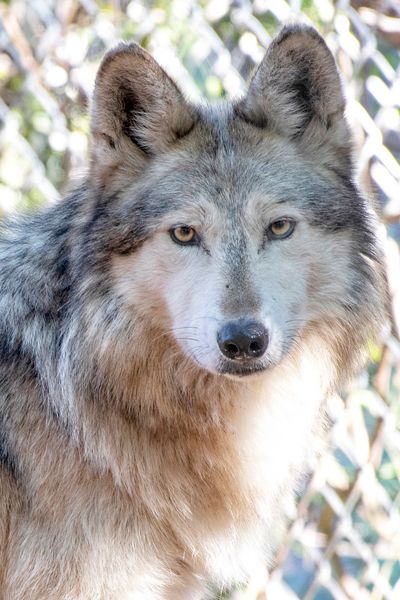 He and 3 brothers moved to the Albuquerque Biological Park in Albuquerque, New Mexico in 2012, where they remained together for several years.

Although Luis is a shy wolf around people, he and Penny are quite happy together in an off-exhibit enclosure at our sanctuary.