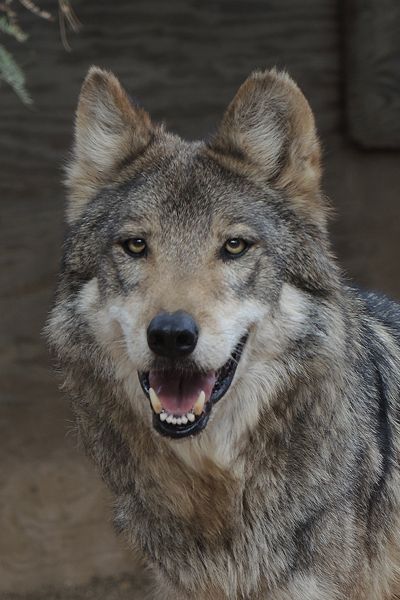 We are pleased to welcome back Mexican gray wolf M1124, Sancho.  He was born in 2008 at the Endangered Wolf Center in Eureka, Missouri.  He and his family later moved to the Brookfield Zoo.  When Sancho was 5 years old, he came to live at Southwest Wildlife.

Sancho was paired with a female wolf and they moved together to the Arizona-Sonora Desert Museum in Tucson in 2015 where they lived happily until Sancho received a diagnosis of cancer.  He then returned to us in 2019 where our medical team amputated his right foreleg due to the cancer.

We’re glad that we could take Sancho back for his surgery and recovery and believe that he is happy here once again.