Black bear Tahoe was born a wild bear in Northwestern Montana and orphaned when she was only a few months old. 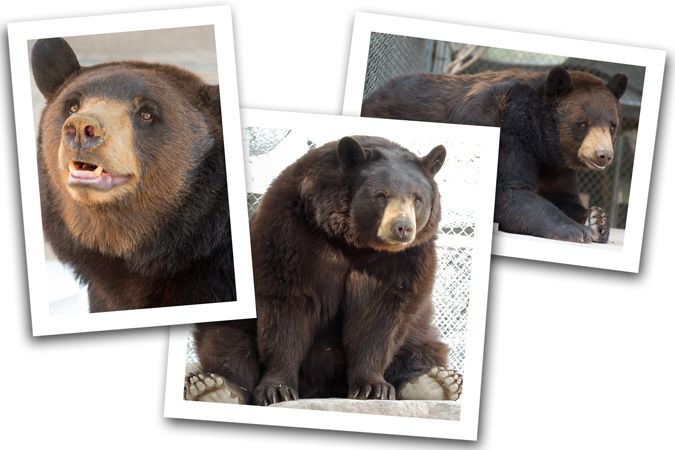 We can’t know for certain what happened to her mother, but she was a tiny cub when she was found – only about 10 pounds.

They found their forever home at Southwest Wildlife and made the long journey from Montana to their new home in Arizona together.  It was quite a trip!  When their caregivers stopped for the night in Lehi, Utah, and employees at the Albertson’s discovered there were bear cubs waiting in the parking lot for their breakfast, they donated fruit for their meal.  Lots of people had to stop on their way into the grocery store to marvel at the tiny bears.

These days, Tahoe has come out of her shell.  She’s grown into a beautiful dark bear who knows what she wants.  Sometimes, what she wants is to be away from the two rambunctious male bears (Griz and Igasho) she lives with.  They can be a real trial, but she’s not shy about letting them know when she’s had enough!