Although his name suggests otherwise, Griz is a black bear.  He was born in the wild in northwestern Montana, and orphaned when he was only a few months old.  His mother was considered a “nuisance” bear and was shot, leaving Griz alone.  He weighed around 10 pounds when he was found – just a tiny cub. 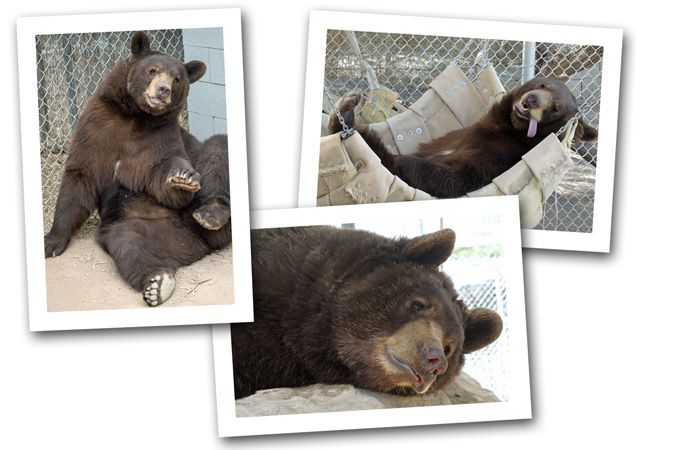 Griz and Tahoe found their forever home at Southwest Wildlife and made the long journey from Montana to their new home in Arizona together.  When their caregivers stopped in Lehi, Utah, and employees at the Albertson’s grocery store discovered there were bear cubs waiting in the parking lot for their breakfast, they donated fruit for their meal.  Lots of people had to stop on their way into the grocery store to marvel at the little bears.

These days, Griz remains a gregarious and happy bear.  He lives with Tahoe and Igasho, another young, male black brown bear.