All the bears currently at Southwest Wildlife are black bears.

Black bears exist in a variety of habitats including grasslands, forests and coastal regions throughout North America – from Canada to Mexico.

An adult black bear can weigh as much as 550 pounds and stand 4 to 7 feet from nose to tail.  While they appear to shuffle when walking, they can run at speeds up to 30 mph.  They are good climbers – aided by their long, curved non-retractable claws. They are also excellent swimmers.

Black bears are not currently an endangered species, but they are constantly threatened by fragmentation of and human encroachment on their natural habitats.

Becoming comfortable with humans – from being fed by people or through foraging unintentionally available food in populated areas – is perhaps their biggest threat. Bears and humans cannot comfortably coexist. In populated areas, a ‘nuisance bear’ is usually relocated or euthanized (depending on the frequency of reported incidents).

Black bears are omnivores; they eat a variety of foods including fruits, shoots, vegetation, seeds, nuts, insects, fish, small mammals - and human garbage. The black bear is a scavenger, while its relative the grizzly (or brown) bear will hunt prey for food.

Black bears may live 15-20 years in the wild but can survive 25-40 years in captivity.  The black bear is one of the more intelligent mammals, with a good long-term memory.

And black bears are not always black.  They can also be shades of brown from dark to blonde – and even grey-blue. 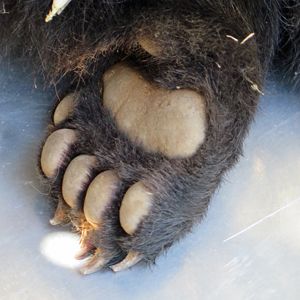 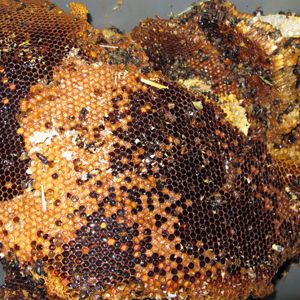