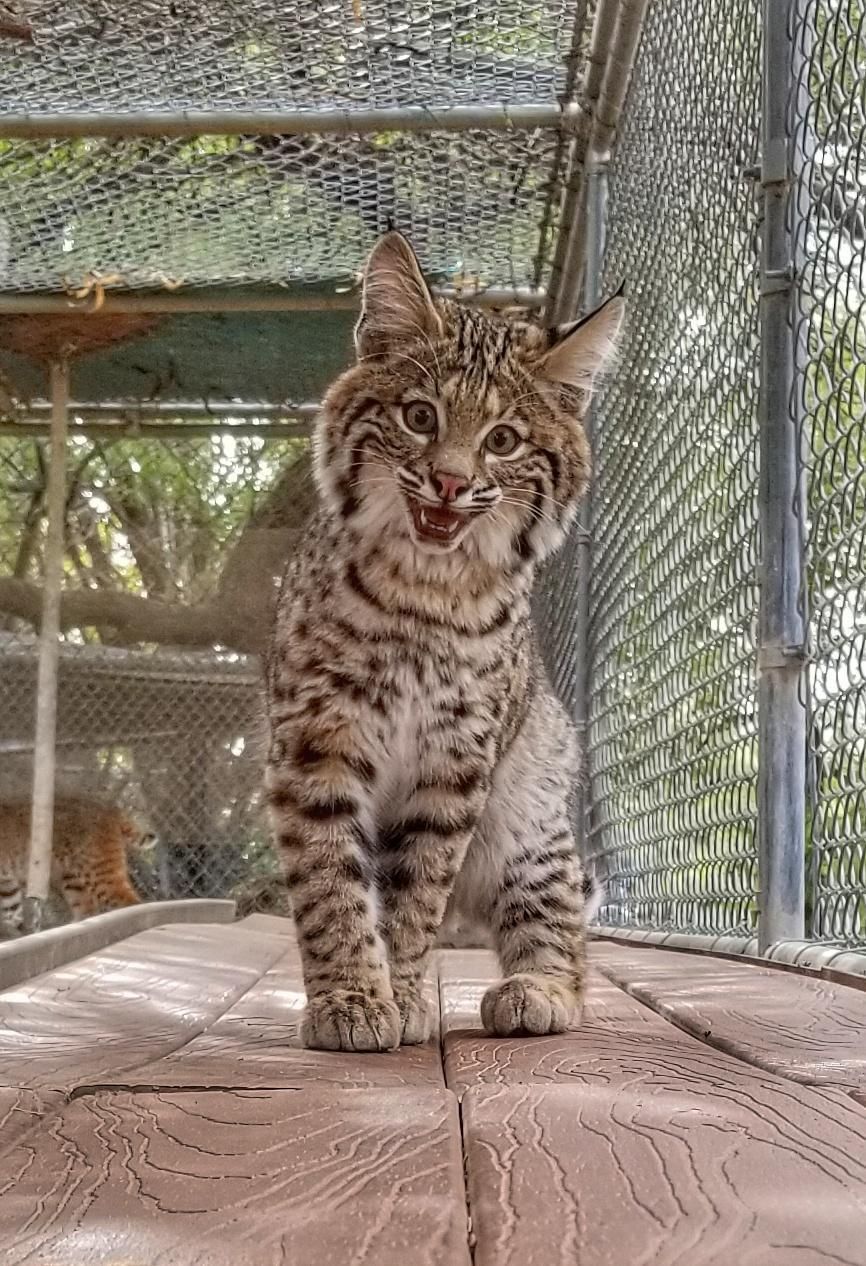 Though Southwest Wildlife primarily rescues, rehabilitates, and releases wildlife - it's not always possible for an animal to survive on their own in the wild. Rocket the bobcat is one of those unfortunate cases.

Born in 2018, he was rescued by another organization in Tucson when his eyes were still closed. He was just a tiny newborn at 3 days old.

Qualified, experienced Animal Care staff and volunteers raised him exactly as they raise the hundreds of babies every year. Rocket, however, is a great example of animal individuality.

Although he was raised in the same manner as the other bobcats, he imprinted on his human caregivers anyway. In spite of the lack of eye contact, the absence of human voices and his quick transfer to a bobcat foster mother, he decided his parents walked on two legs.

There's a difference between "imprinting" and "habituation." Habituated animals learn through repeated exposure that humans are a source of food. This lessens their fear of people and they grow more comfortable approaching. Imprinted animals form a psychosocial bond with humans. This typically happens at a young age, as it did with Rocket. He saw himself as "part of the human family," so to speak.

Imprinted animals cannot survive on their own in the wild. It's dangerous for wildlife to lose their fear of humans. Not everyone is as kindhearted and well-intentioned as this amazing community. Therefore, Rocket will remain in the Southwest Wildlife sanctuary for the rest of his life.

His story is bittersweet. Although we are privileged and grateful to be his caregivers and enjoy his company, we know that's only because he could never live the wild life he was meant to live in the wild.

Thank you for supporting Southwest Wildlife so Rocket and all the others like him have a place to live out their lives. A place to share their stories and advocate for the wild ones like them.

Want to join the movement to save wildlife? Become a member of our Wild Family and donate monthly! From $5 - $500, every donation means the world to the hundreds of animals rescued every year.