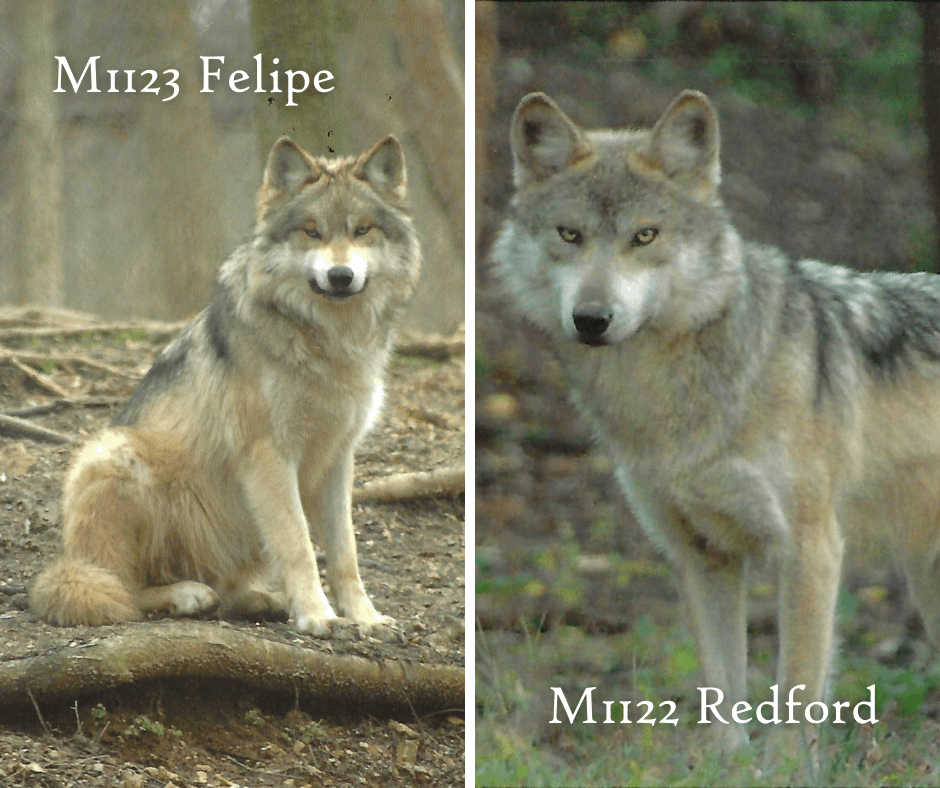 Southwest Wildlife received two new Mexican gray wolves on Thursday, November 18: M1122 Felipe and M1123 Redford from the Navajo Nation Zoo. It's not altogether typical to house two males together, but these two are a special exception!

In case you aren't familiar with the Mexican gray wolf numbering system in the Species Survival Program, here's a quick explanation. The number begins with "M" or "F" to indicate the sex of the wolf: male or female. Then, the numbers are assigned in birth order. M1122 and M1123 are right next to each other, which means - you guessed it! - Redford and Felipe are biological brothers.

M1124 Sancho is a special wolf. He lost one of his front legs to cancer when he was quite young, but he's adjusted to three-legged life extremely well. If the Southwest Wildlife pack had an "alpha," we have a hunch that alpha would be Sancho! To ensure he's comfortable, he will continue to live in his own enclosure. Redford and Felipe will remain together as they have always been.

Although the Mexican Wolf Recovery Program is a federal endeavor, Southwest Wildlife receives no government funding for participating. It's all thanks to your unwavering support that these wolves have a safe, peaceful home and full bellies! Since the wolves can't say thank you, we will. Thank you.

Give a special gift to a wolf lover in your life by sponsoring Sancho. Sponsoring him helps feed and care for him and all 12 of the Mexican gray wolves currently living at Southwest Wildlife.