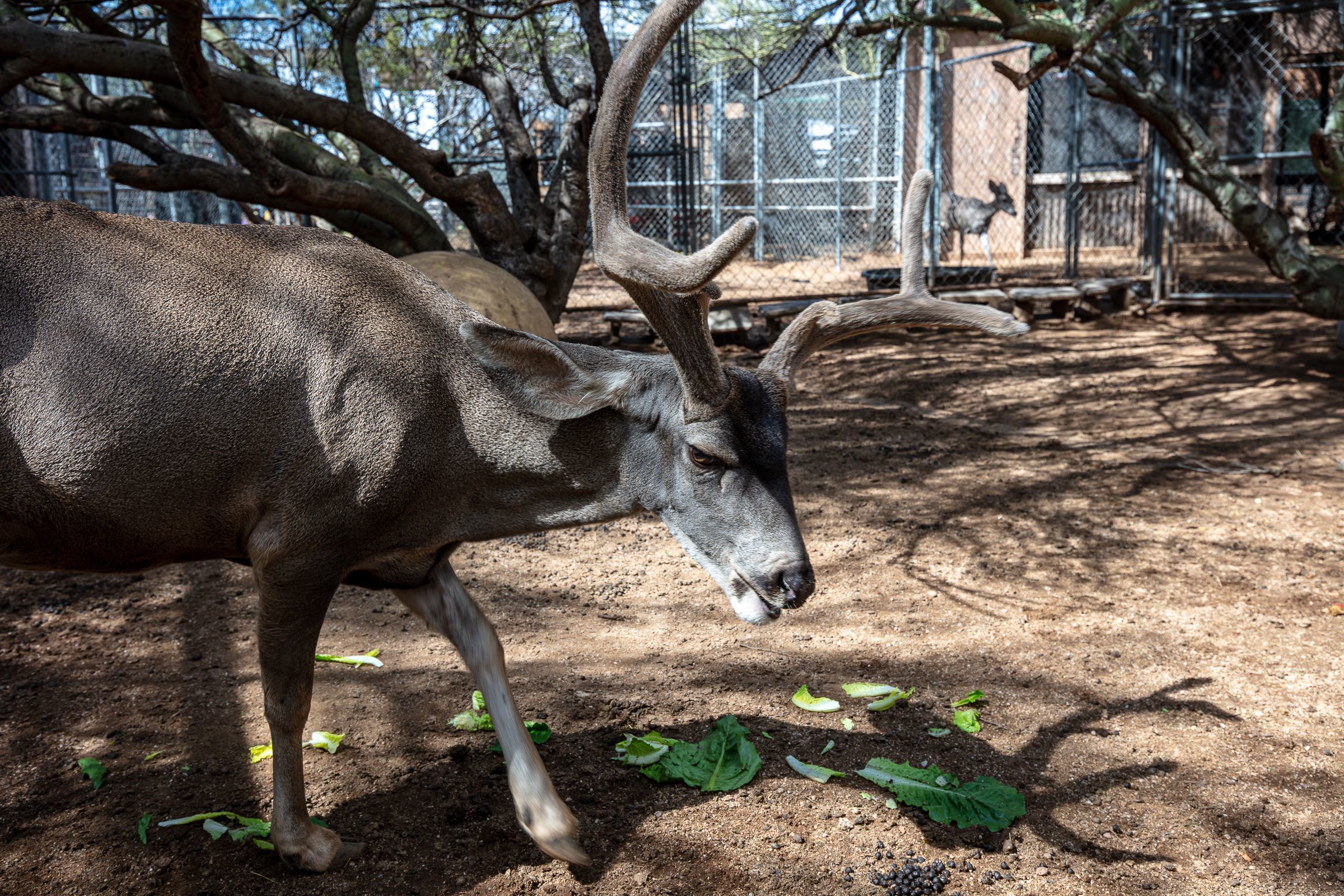 If you've visited Southwest Wildlife, you've probably met Lou the Mule Deer - the gentle giant at the end of the Large Animal trail. Lou posed for the photo above just last week to show off his beautiful set of antlers in full velvet!

"Velvet" is the term used to describe the tiny hair-like fuzz covering Lou's antlers in the photo. Deer antlers are a type of tissue, complete with blood vessels and nerves that provide the energy the antlers need to grow so quickly every year. When a deer is "in rut" - that means it's mating season - they start scraping the velvet off the edges of their antlers and get ready to shed them.

In the fall, male deer rub all the velvet off their antlers and begin the shedding process. Close to the head, the antlers are starting to separate - getting ready to shed. The small, lacy spines at the connection point are called "burrs."

The male white-tailed deer who lives in the sanctuary, John Deer, is already starting to scrape the velvet off his antlers. Lou still has a few weeks before he'll start, likely due to his older age. At Southwest Wildlife, we do absolutely no breeding on site, so during rut the males are separated from the females. Because they cannot mate, the Southwest Wildlife males shed their antlers a little later than they would in the wild - since antlers' primary purpose are to attract a partner.