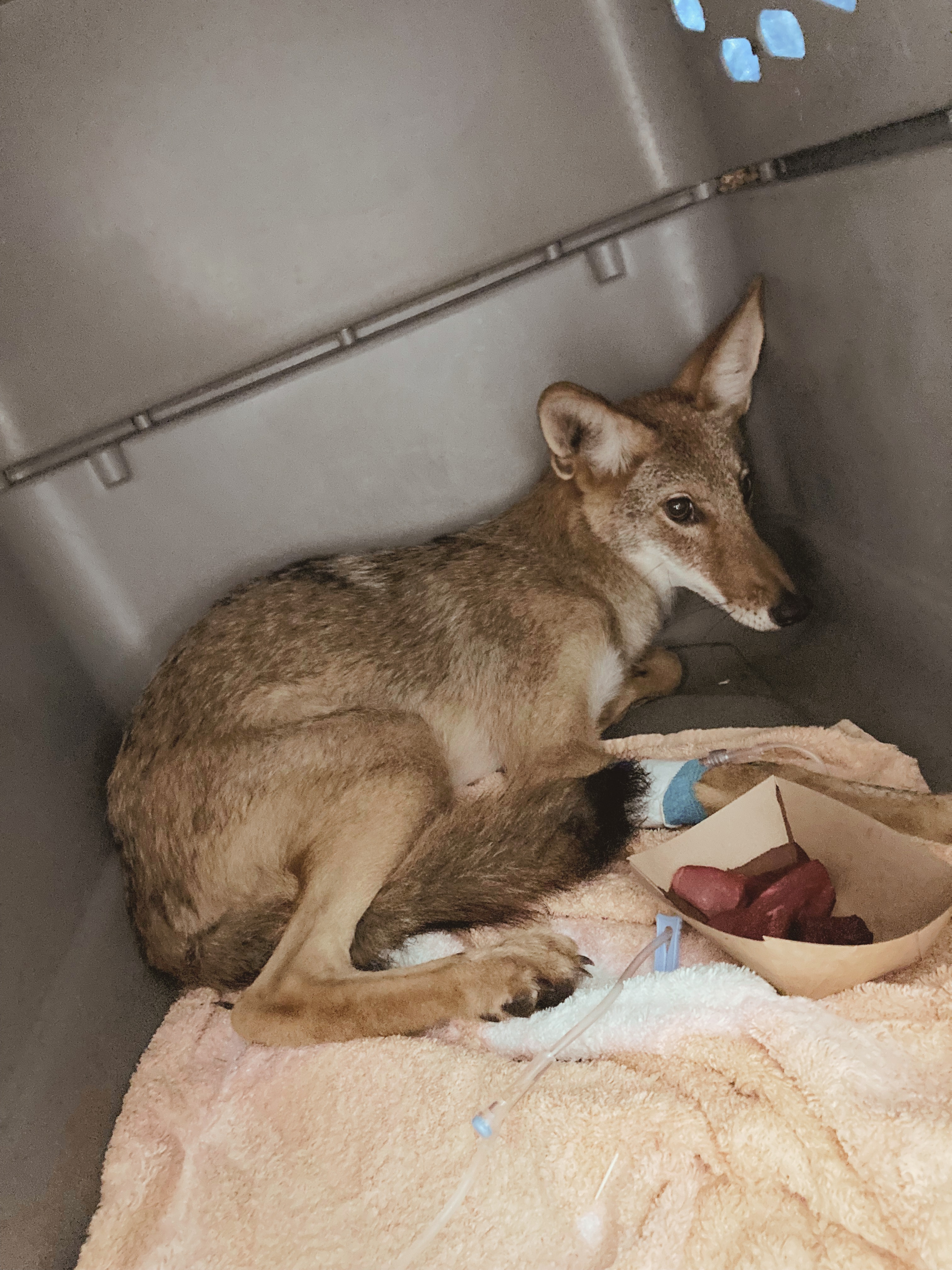 Wednesday, August 25. Arizona Department of Public Safety (DPS) put in a call to Southwest Wildlife that officers found an injured coyote on the median of a highway offramp. Wildlife rescuers Robert and Deb rushed to the scene - but it took them about 30 minutes to get there. In that time, DPS officers called for a second car to block the offramp temporarily to protect the coyote and our rescuers from oncoming traffic. The officer waited and watched the coyote from a safe distance to make sure he knew where she was so he could direct rescuers to her. The rescue went as smoothly as Robert could hope! In almost no time, Robert gently scooped up the coyote and transported her to Southwest Wildlife's medical hospital for the help she desperately needed.

This photo was taken just after her initial medical exam. X-rays found that both of her rear legs are broken, with severe and irreparable damage to the left. She is on the books for surgery to repair the right leg and amputate the left. Luckily, coyotes usually adjust to three-legged life very well. Southwest Wildlife has released many coyotes who've lost a limb. Vet techs are optimistic that she will pull through and get back to living the life she was meant to live - in the wild.

A very special thank-you goes out to DPS for going above and beyond to protect this wild life. It's so encouraging to remember there are kind-hearted people in the world who choose to save lives whenever they can.