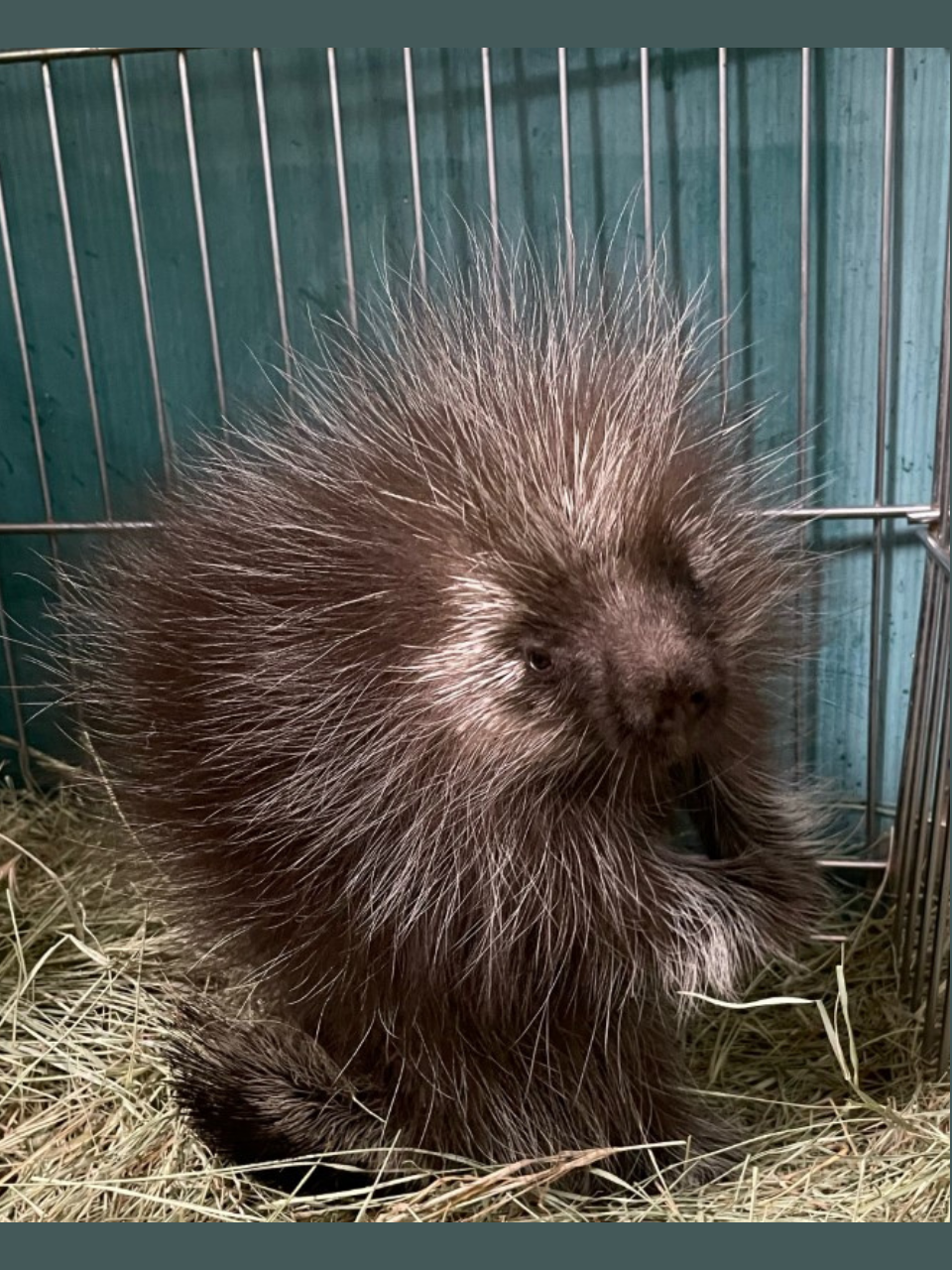 A rare visitor has arrived at SWCC for rehab and release! Our friends at the Heritage Park Zoological Sanctuary received this juvenile porcupine who lost their mother to a dog attack. We're happy to report this little one is growing up strong and at this point is on track for a release back into the wild!

The word porcupine is derived from the old French word porcespin, which means "thorn pig." These fellas aren't pigs, though - they're the second largest rodent in North America, dwarfed only by the American beaver.

A master of defense, the quills on a porcupine are modified hairs formed into sharp, hollow, barbed spines. Each individual porcupine has up to 30,000 individual quills on its body!

Porcupines are the only animal to come equipped with antibiotics in their skin. If they accidentally poke each other or fall from a  tree and stab themselves with their own quills, their internal antibiotics help prevent infection from any accidental injuries.

We'll keep you posted on this champ's progress. If you can, consider pitching in a few dollars to support SWCC's efforts to rehab and release all the babies piling into the neonatal unit this year.