When a Mountain Lion Strays from the Wilderness 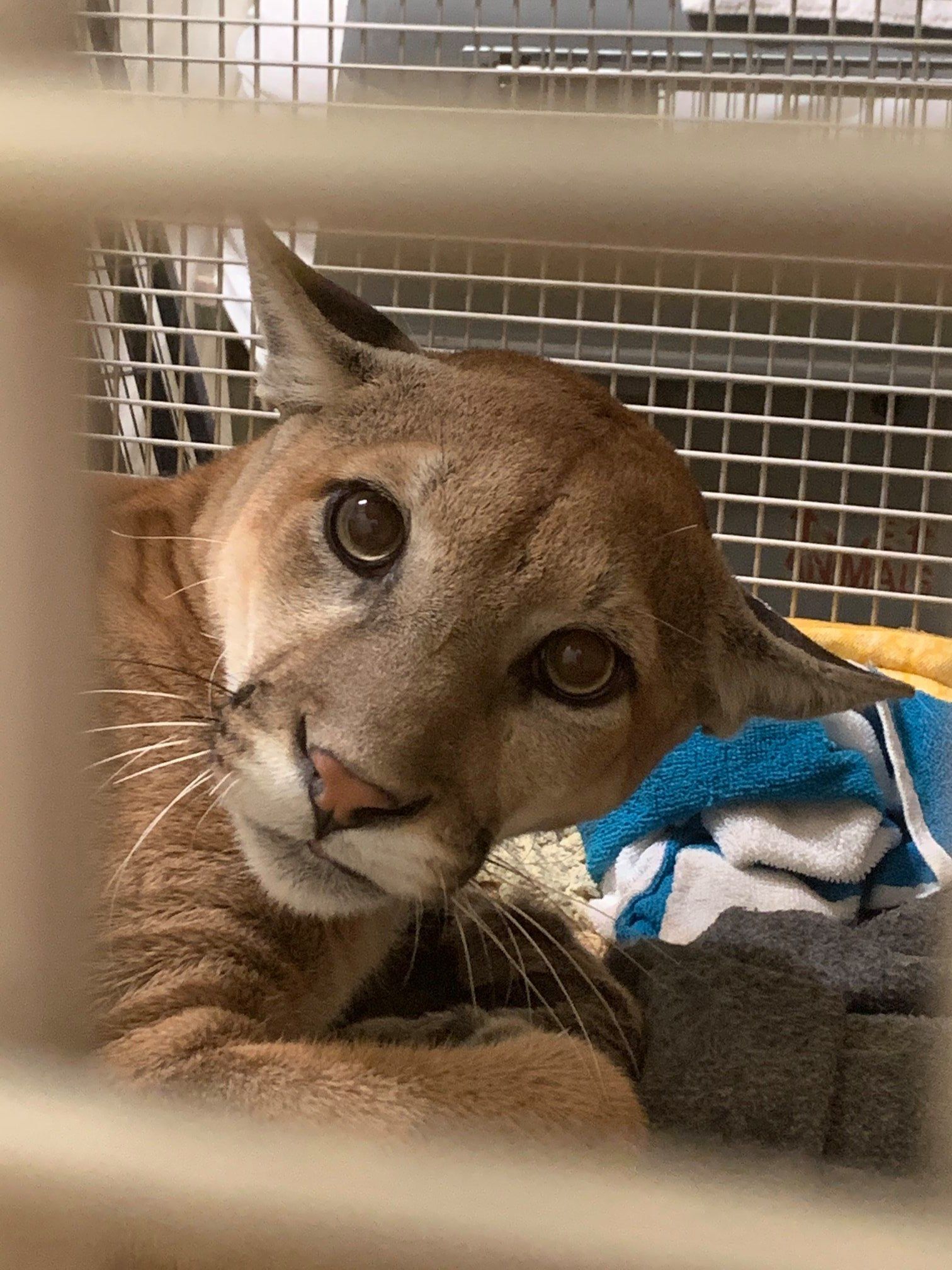 A few days ago, a 2-year-old male mountain lion arrived at SWCC to stay. Our social media followers have a lot of thoughtful, earnest questions on why a healthy mountain lion can't be released back into the wild. We consulted our animal care experts, and here's the low-down.

Mountain lions stay with their mother for 18 months before they ‘disperse,’ or, go off on their own. The 2-year-old lion that was recently captured in North Phoenix had not been dispersed from his mother for very long. Unfortunately, he entered an urban area; he was most likely chased out of his original habitat by the dominant male lion in the area. Had he not moved out, the adult male lion in the territory he was in would have killed him. Arizona Game and Fish did not want to capture the lion, so they gave him ample opportunity to leave. The fact that he didn’t leave created worry about human safety. He did not seem that uncomfortable with humans around. That is a big concern. They were left with only two options: euthanize him or place him in a licensed sanctuary facility

Reasons to remove an animal from the wild:

Sadly, options for large predators – like adult, male mountain lions - are very limited. In this case AZGFD decided to place him rather than euthanizing him. SWCC is thankful that they made the choice to place him with us.