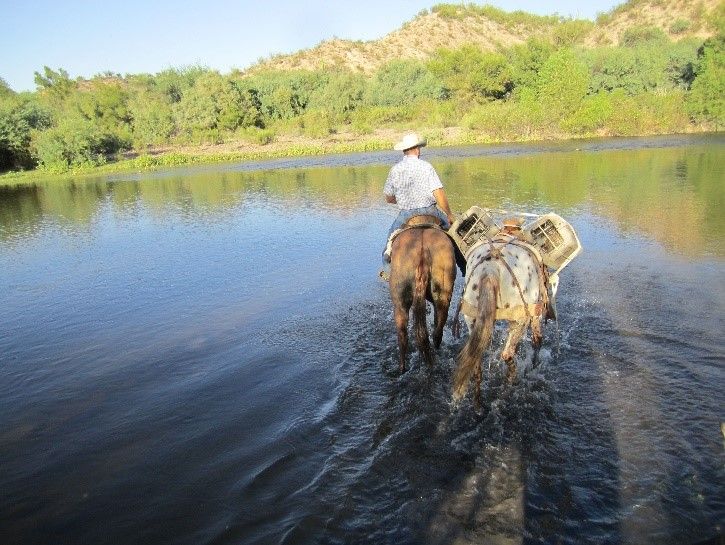 When animals at Southwest Wildlife are ready for release, the process isn’t as simple as just letting them go. To ensure they have the best possible chance of survival, there are two things we must always consider: timing and location.

Returning an animal to the wild not only depends on when the animal is considered fit and healthy for release, but also on the season, weather and even the time of day. Extreme weather conditions can make it difficult for wildlife to readjust to their natural environment. Southwest Wildlife usually releases wildlife in the fall and spring - before temperatures get too cold or too hot.

Hand-reared orphan releases should coincide with the time when they would naturally be leaving their parents’ care. They must also be large enough to fend off predators.

Skunks and raccoons who are nocturnal (active at night) are released at dusk or later. Diurnal animals (active during daylight) like bobcats and coyotes are released early in the day, allowing plenty of time for them to get used to their new surroundings.

Release sites are carefully chosen to assure our animals have the best possible chance at survival. The right location can be the most important factor in their survival. There must be food in plentiful supply for that species and adequate sources of water.

We must also consider the dangers humans pose. The picture in this post shows a release on horseback. Southwest Wildlife often goes out of our way to ensure that released animals are as far away as possible from human habitats before they are released.

How are we doing?

In 2019, Southwest Wildlife released 71% of surviving wildlife that arrived at our doors that year. By December, 25% of the remainder were pending release - still recovering from injury, still growing up, etc. but were on the list for release at a later date. That leaves only 4% of rescued wildlife who needed permanent sanctuary with us.

Southwest Wildlife takes great pride in our successful rehabilitation and release of injured, orphaned and displaced wildlife. We have another busy year ahead! We are only halfway through the 2020 baby season and we have taken in more than 90 orphaned animals already. In time, all of them will be looking forward to their “wild lives.”