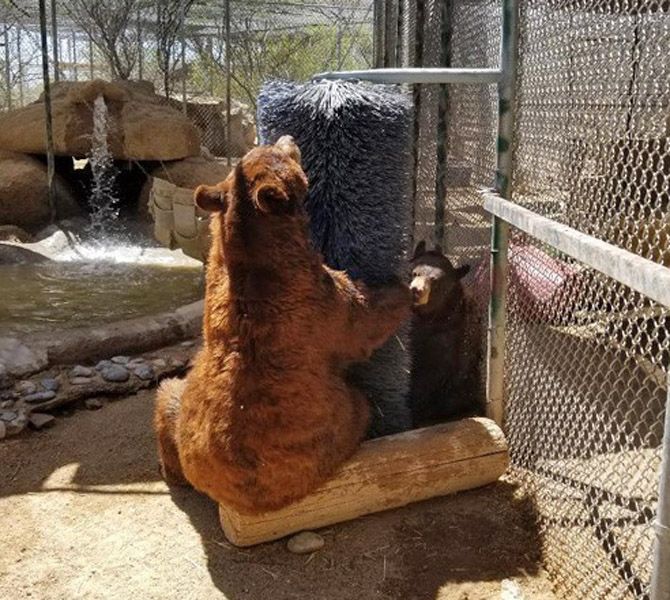 Wild animals spend the majority of their time searching for food, water, and shelter. Because we provide these for all our animals, it is important that we also provide enrichment for them, so they won’t get bored. Enrichment is vital to our sanctuary animals’ mental, emotional, and physical health and may consist of special foods, scents, or challenging activities.
Last Saturday, an old street sweeper brush was installed in the enclosure occupied by Griz, Igasho and Tahoe. It was hoped the three bears would use it as a scratching post.
Initially, all three completely ignored the giant blue back scratcher.
Eventually Griz, always the most curious of the three, climbed out of the pool where he had been cooling off and went to check out the strange addition. He sat right down on a nearby log and began his inspection with his nose, as it was full of interesting & unfamiliar smells!
It took him about 15 minutes, but he ultimately discovered its intended use!
We are confident Griz will teach Igasho and Tahoe the joys of using this new addition to their enclosure!