Update on the Injured Bear Cub 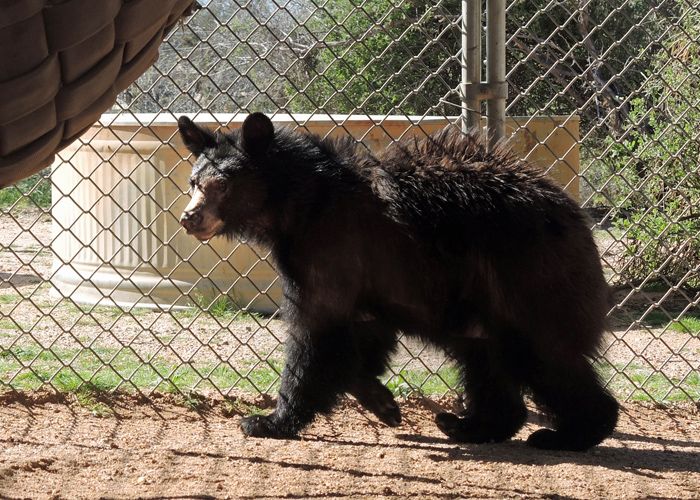 UPDATE ON THE PAYSON BEAR CUB! She’s finally out and about now with the warm weather and just had a health check. She weighed in at over 100 lbs.! A decision has been made about her future. Because of internal injuries and head trauma after being hit by a car, she wasn’t stable enough for a surgical repair on her leg. It was set and placed in a cast. By the time she was stable enough to go through a long surgery the leg was already healing, so plating it was not an option. Her leg has healed now and she is doing well, but does occasionally have a slight limp. Veterinarians who consulted on her case believe she will have arthritis as she ages and would not do well in the wild. As a result, arrangements have been made for the cub to find a permanent home at the Arizona Sonora Desert Museum in Tucson, Arizona. They recently lost their beloved black bear, Cinnamon, and have space available to give this cub a home for life and excellent care. All of us wished and hoped that she could be released and live a wild life, but since she cannot, we are pleased that she will have a terrific home here in Arizona.